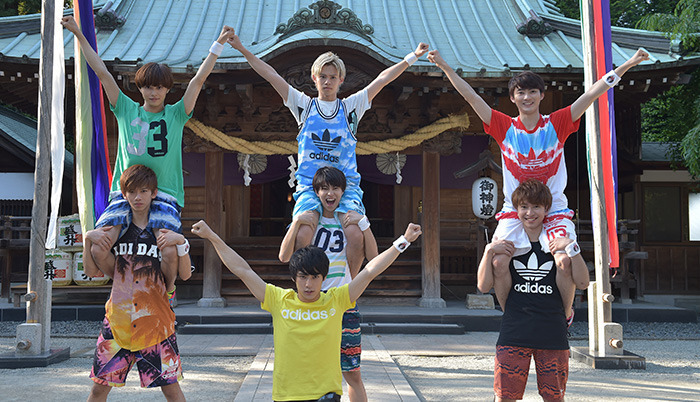 The first of its type, “Bullet Train” is a boyband with 7members consisting of main dancers and back vocalists. Since their debut, their popularity and ability alike have steadily risen in the music scene, and now they show a new side to their appeal in film!! Bullet Train members take on their first lead role in a feature film as a men’s cheerleading team, another first in Japanese cinema. Giving a fullfledged cheerleading performance, here’s a touching story of youths trying their best to make a girl’s dream come true!