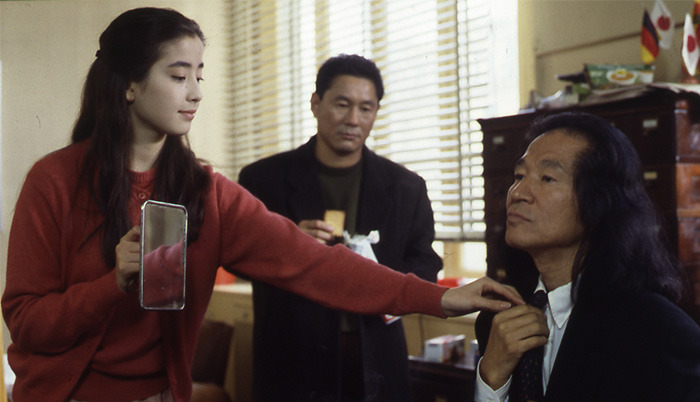 In this suspense drama, a Japanese private detective and secretary in Paris become entangled in a serial murder investigation when hired to check out an alleged affair. Based on the French mystery, “Les suicidés du printemps” by Raymond Marlot, the film was produced by and starred Yuya Uchida, with a collaborative screenplay by Uchida and Yasuharu Hasebe. The cast including Rie Miyazawa and Takeshi Kitano, the film was much talked about at its release.