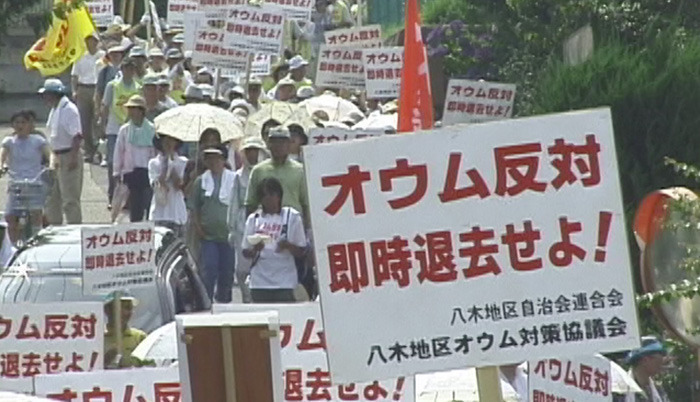 “A” portrays his conflict with society and looks into the true nature of the Aum Incident. 2 and half years have passed since the final footage was taken for the documentary film. Followers that have dispersed across Japan are tossed about by their exchanges and assaults by local residents and leftist organizations. The film also looks at the release of Fumihiro Joyu, the dealings in the formation of Aleph and the struggles of senior cult members. The abridged version released in 2002 now includes all of the previously edited cuts （excluded due to certain circumstances） as the “complete version.”